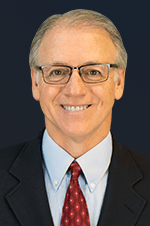 Dr. Ted ran a very busy Chiropractic practice from 1982 until returning to study law in 1990. While in law school he started a smaller boutique chiropractic practice and also reviewed insurance claims for many of the large insurance companies in the State. Also, while in law school he competed in the National Masters Swimming Championship where he won a national championship. Following his graduation from law school in 1993 and after earning this Juris Doctorate from the North Carolina Central University, he began the practice of law with a focus on helping injured and infirmed people.

Dr. Ted owned and operated two Chiropractic Clinics in North Carolina between 1983 and 1993 – one clinic in Charlotte, and another in Durham. While in practice he treaded a myriad of different neuromusculoskeletal injuries and conditions. At times Dr. Ted would see between 250 and 300 patient visits per week with a focus towards the treatment and rehabilitation of traumatically induced injuries.

Dr. Ted is a member of the Million Dollar Advocates forum, one of the most prestigious groups of trial lawyers in the United States.  Membership is limited to attorneys who have won million and multi-million dollar verdicts and settlements.  Fewer than 1% of U.S. lawyers are members.

Dr. Ted is certified in Chiropractic X-ray and auto collision reconstruction and often is actually reading and reviewing the x-rays of his injured clients.

Having treated thousands of injured patients and now having represented thousands of injured clients, Dr. Ted brings a unique perspective to his practice of law and only represents injured people. Dr. Ted firmly believes that you cannot serve two masters and he has chosen to represent those who are injured by others. “The insurance companies have all of the time and money in the world to disrespect the urgent needs of injured people. I choose to help the injured” he says. Dr. Ted believes that caring makes a difference and he deeply cares about his clients and the outcome of his client’s cases.

Dr. Ted is a platinum member of the Brain Injury Association of North Carolina. He has been happily married for 35 years. He is the proud father of four children and grandfather to 5.

Ted is licensed to practice law in North Carolina, Georgia and Colorado.